Leading Democrats Agreed With Trump On The Issue Of  "Anchor Babies"  . .  Until 6,000,000 Fewer Americans Voted Democrat In 2016 Than Did In 2008 And The Democrats Realized That They Need To Begin To Import More Future Voters. 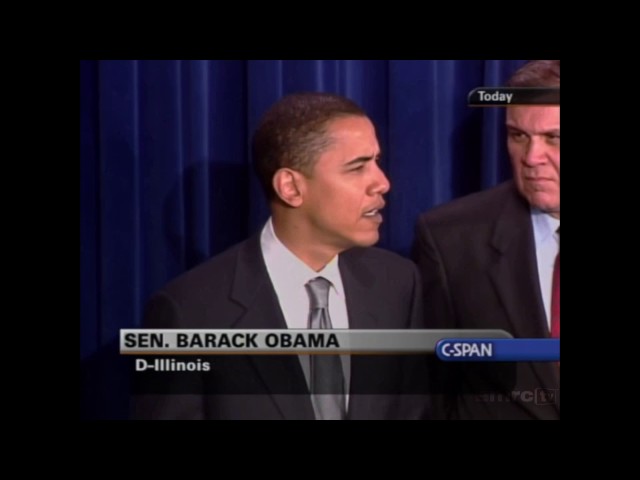 Click this text to start editing. This video and text block is great for descriptions about your business, products, or services. Double-click the video on the right to change it.

Who Can Be An American Citizen? "Anchor Babies?"

The phrase "subject to the jurisdiction thereof" was intended to exclude American-born persons from automatic citizenship whose allegiance to the United States was not complete. With illegal aliens who are unlawfully in the United States, their native country has a claim of allegiance on the child. Thus, the completeness of their allegiance to the United States is impaired, which therefore precludes automatic citizenship. The correct interpretation of the 14th Amendment is that an illegal alien mother is subject to the jurisdiction of her native country, as is her baby.

The original intent of the 14th Amendment was clearly not to facilitate illegal aliens defying U.S. law and obtaining citizenship for their offspring, nor obtaining benefits at taxpayer expense. Current estimates indicate there may be over 300,000 anchor babies born each year in the U.S., thus causing illegal alien mothers to add more to the U.S. population each year than immigration from all sources in an average year before 1965.

First, the power to regulate immigration is essential to a nation's self-preservation. To be a sovereign nation, a people must have control over its territory. Without such control, a nation would be unable to govern itself and its borders effectively, and as a result, would be subject to the sovereignty of other nations. The power to regulate immigration is therefore inherent in the Constitution's creation of a sovereign nation.